We love welcoming puppies.  There is nothing better than sitting with a whelping mother and watching her give birth to one beautiful puppy after another.  We assist as needed: making sure each puppy gets out of the amniotic sac in a timely fashion and that mama severs the umbilical cord with her teeth.  We often extract fluids from a puppy’s lungs, throat, mouth, and nostrils and make sure we hear the life-affirming squeak that tells us that everything is okay.  Sometimes there are challenges, like stalled labor or complications of birth.  We stay ready for all kinds of situations.

Once all the puppies have safely arrived, there is a wonderful sense of peace in the whelping room.  The new mother settles down and finds a comfortable spot.  The puppies all find her teats, some with a little help.  They are warm and satisfied, ready to start their new life outside the womb. 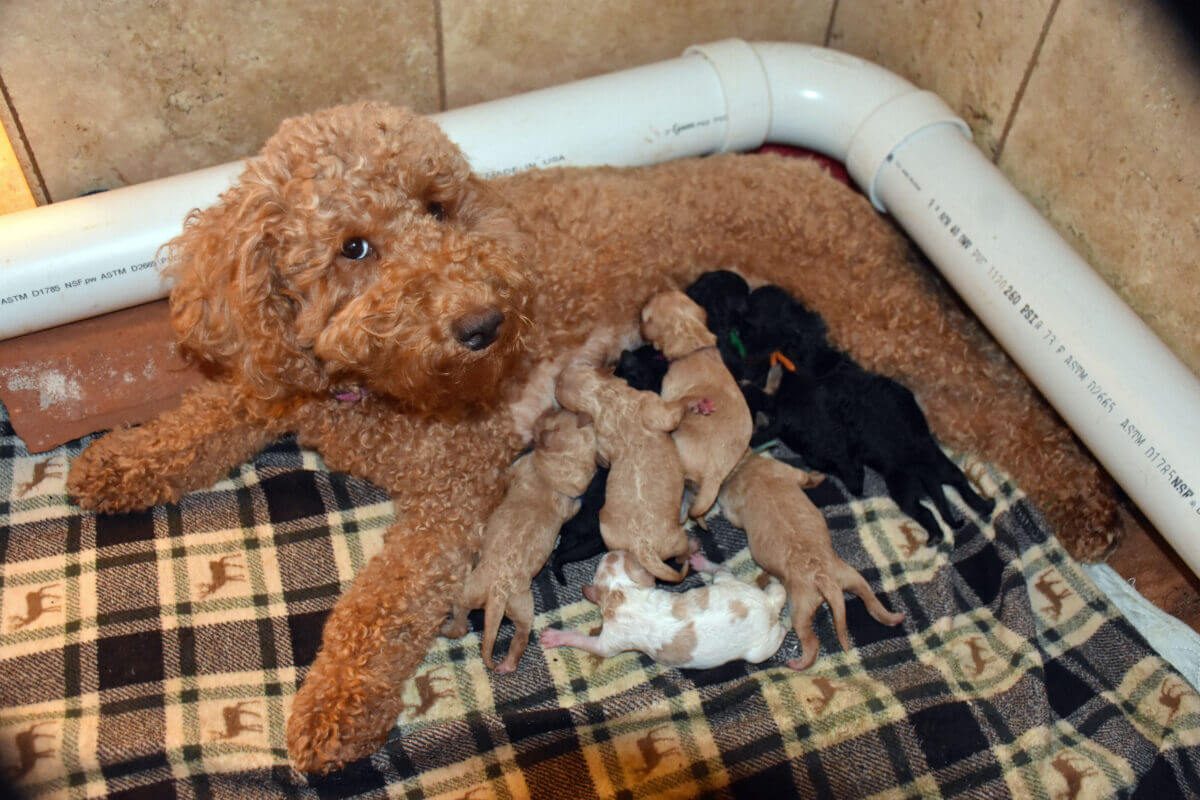 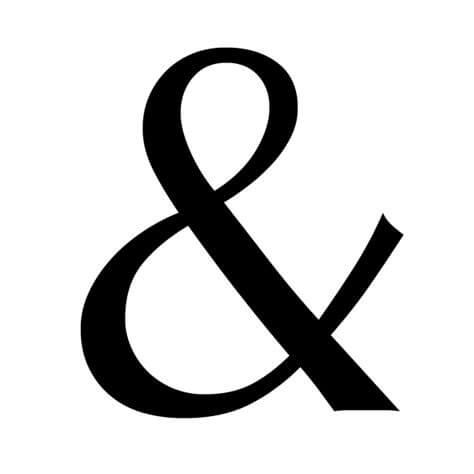 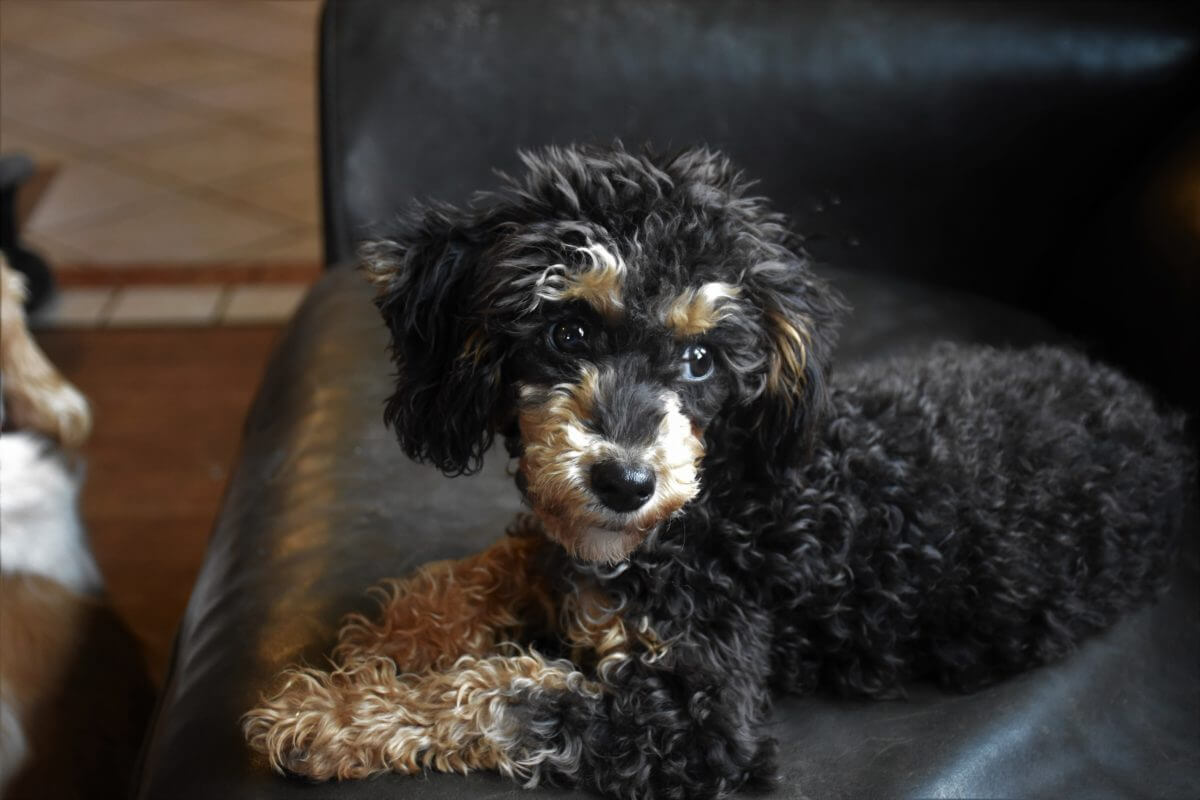 Ella arrived here on Sunday in preparation for birth.  Normally she lives with a wonderful  guardian family.  To make the transition smooth, we had Ella stay with us for about three weeks in July, partly for breeding and partly so that she could reacquaint herself with us, our home, and our dogs.  When she arrived on Sunday, she wagged her tail and snuggled right up to me, licking my face.  I fell in love with her……again.

On Tuesday evening, Ella started pacing back and forth; she was restless and uncomfortable.  And then it happened.  Without Ella making a squeak, the first puppy slipped out.  It was a boy.  It did not take long before Ella was pushing again, and the second boy arrived.  Number three and four, both boys, arrived one minute apart.  In fact, one was still in the sac while the other was being delivered.

After a while, we were no longer surprised.  The boys kept coming.  As we approached midnight, there were six of them.  Then just before the clock struck 12, the one and only girl made her appearance.  By the end of the night, we had welcomed nine beautiful pupppies: one girl and her eight handsome brothers.  It was dark and peaceful in the middle of the night.  The puppies had all found Ella’s milk, and she visibly relaxed, drifting off as the puppies were nursing.  She had done so well.

Colors: Apricot, some with white markings; phantoms in black and rust, some with a few patches of white; and one red parti 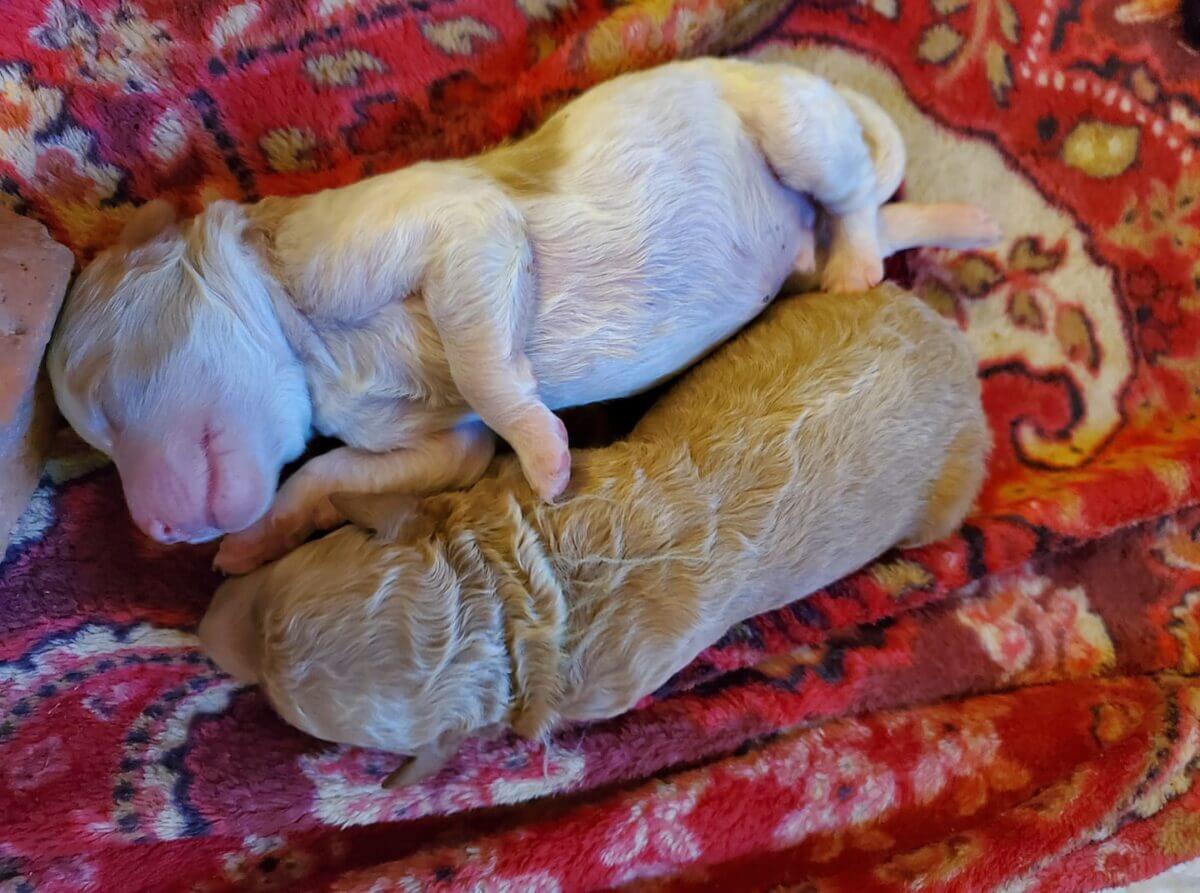 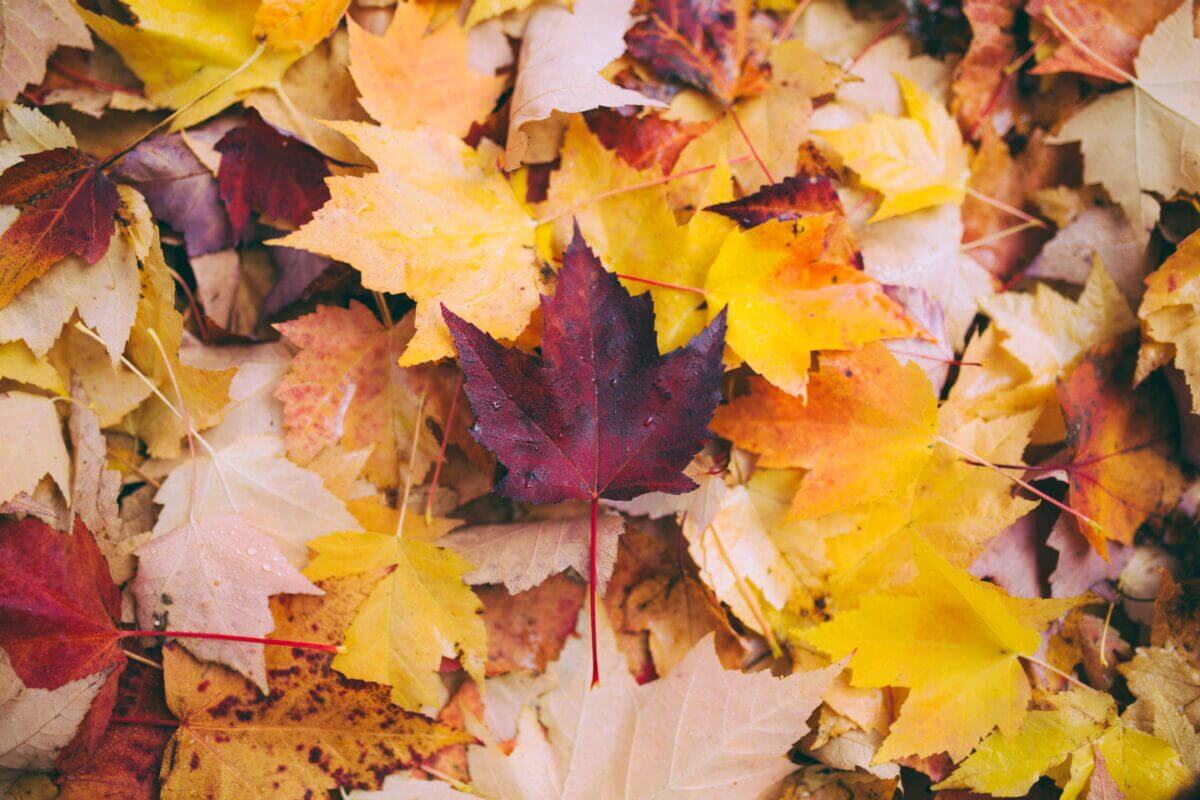 We always choose a unique theme for each litter, one that relates to our lives in some way. Recently, I was trying to organize my art studio, which is located in a small summer kitchen on our farm. It is full of art supplies, including countless beads and semi-precious stones used to make jewelry. “There is the theme,” I thought. “Ruby is a gem, and of course her puppies are too.”

This is an exceptionally beautiful litter with markings in many colors, all set on a white background.  They really are gems: precious and sweet.  Each one is a treasure.

AND THE ONE AND ONLY GIRL……. 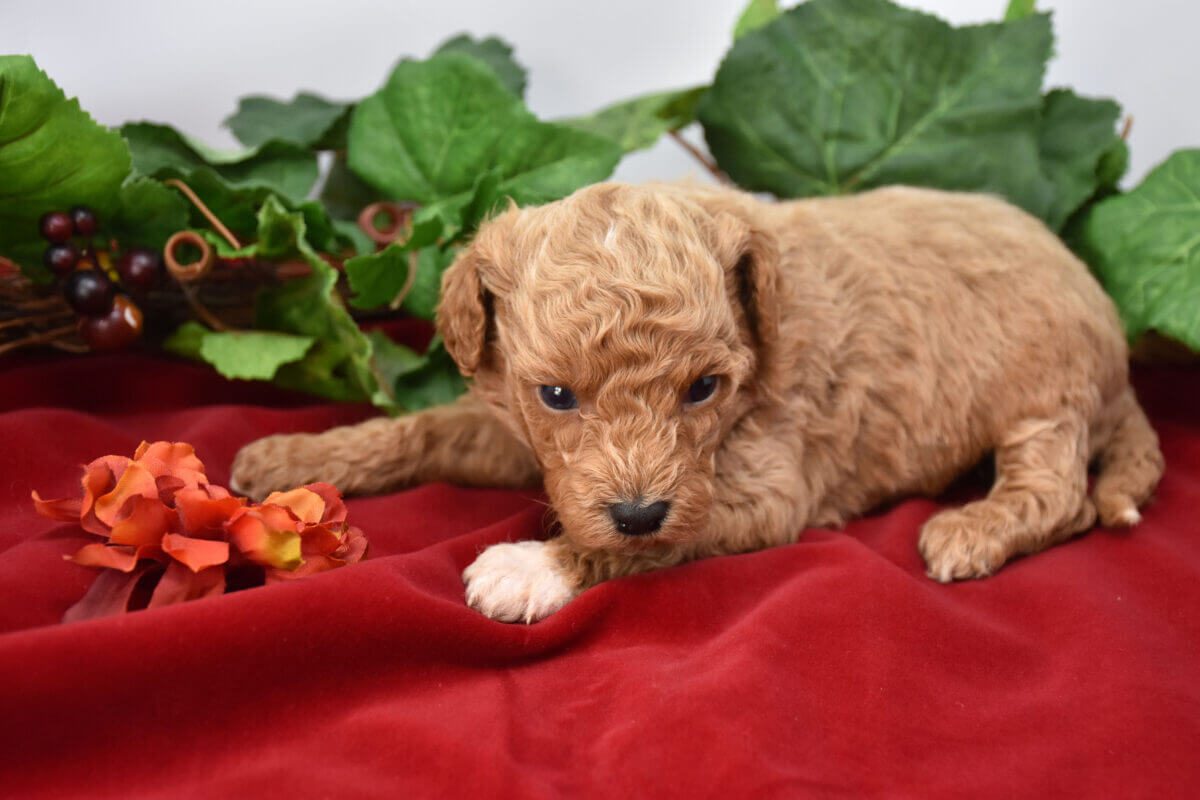 If you are interested in a beautiful poodle, please email us at bluffcountrybernedoodles@gmail.com. 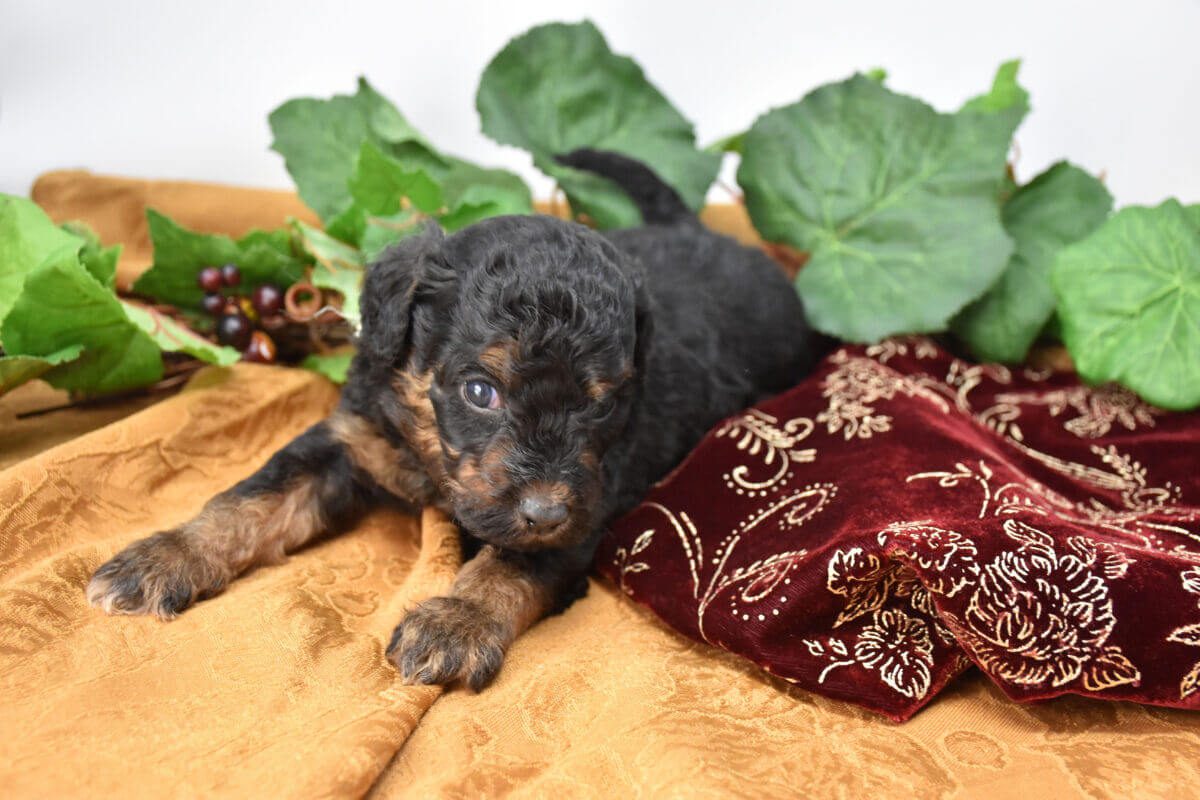 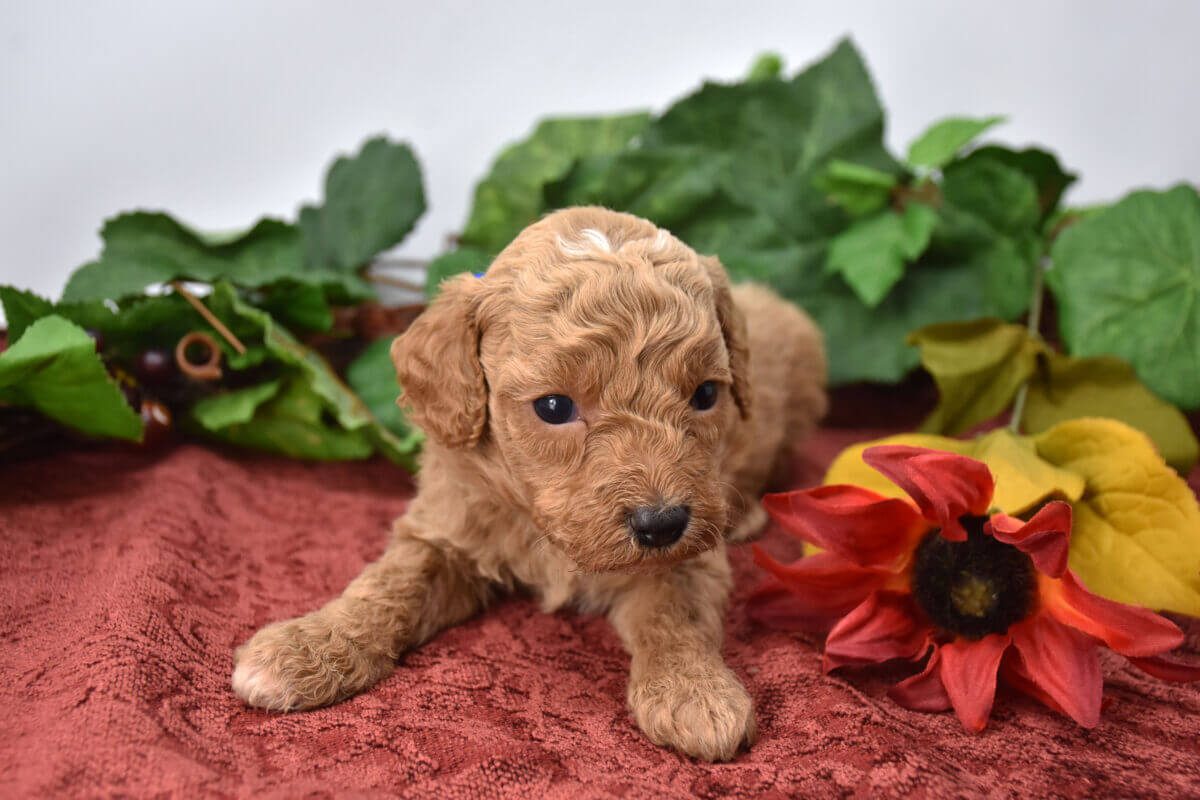 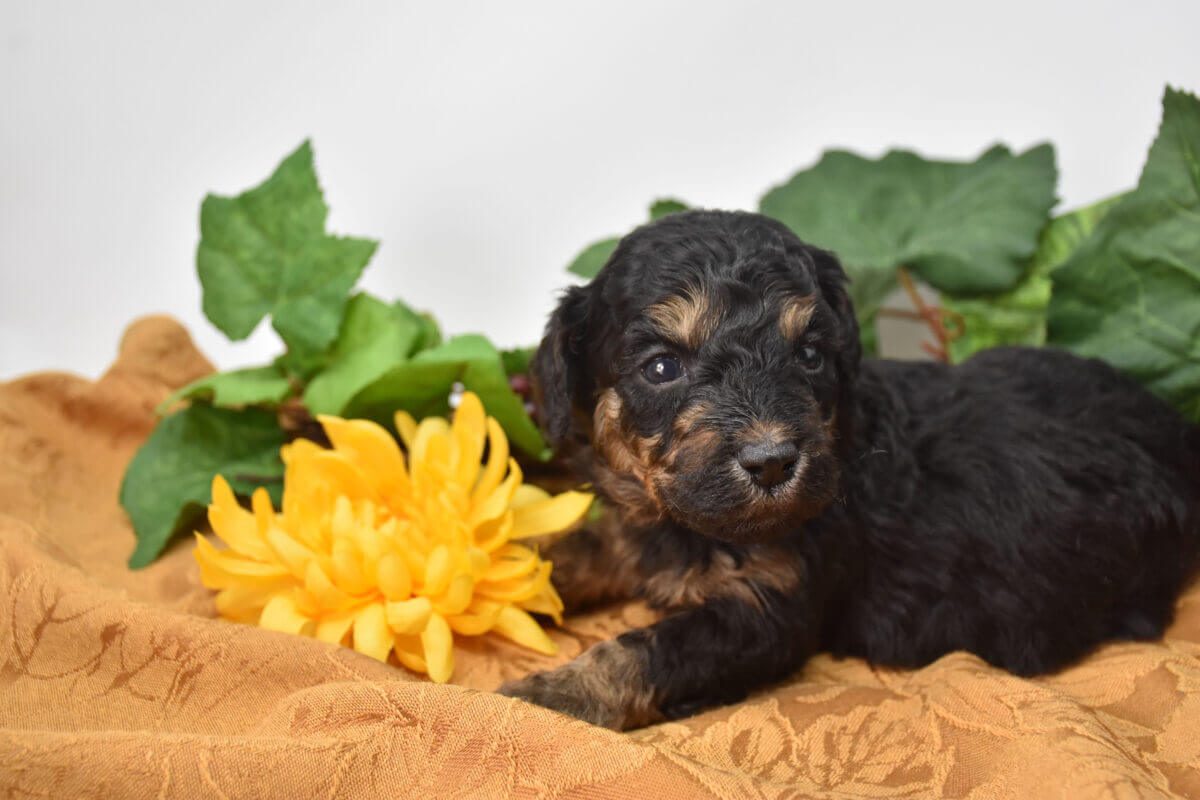 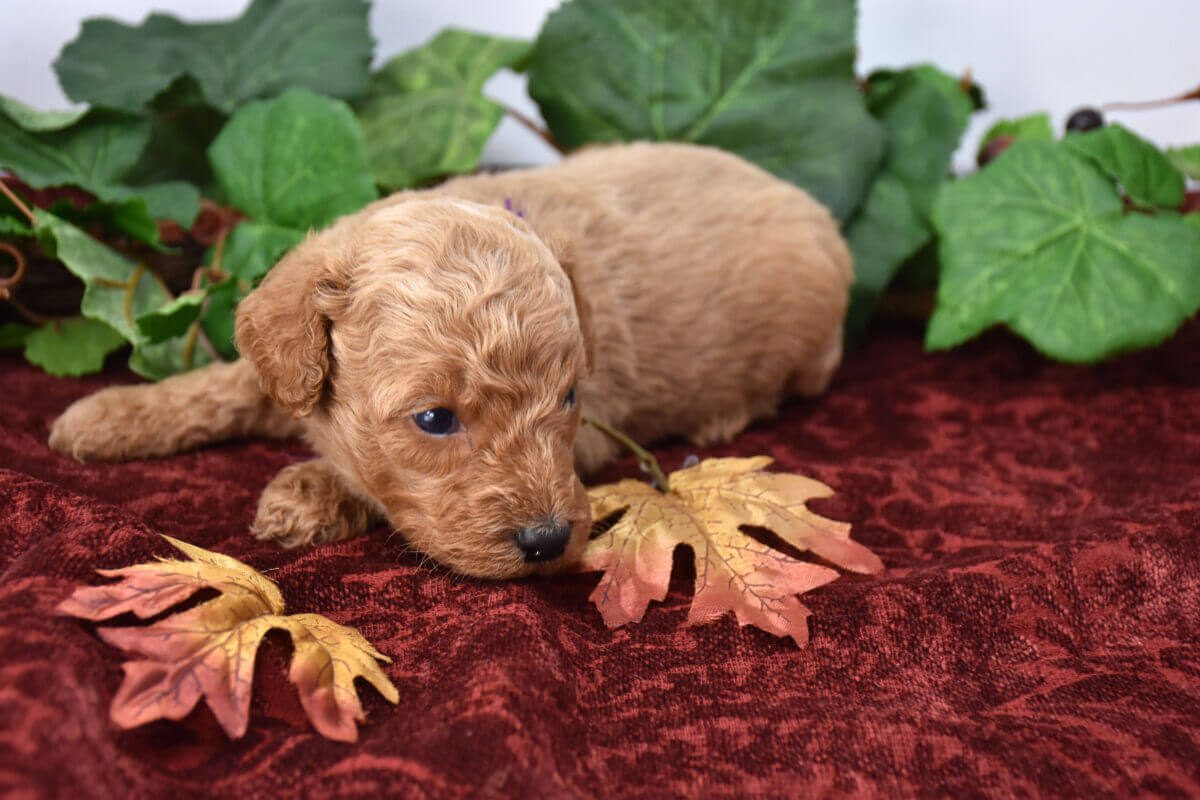 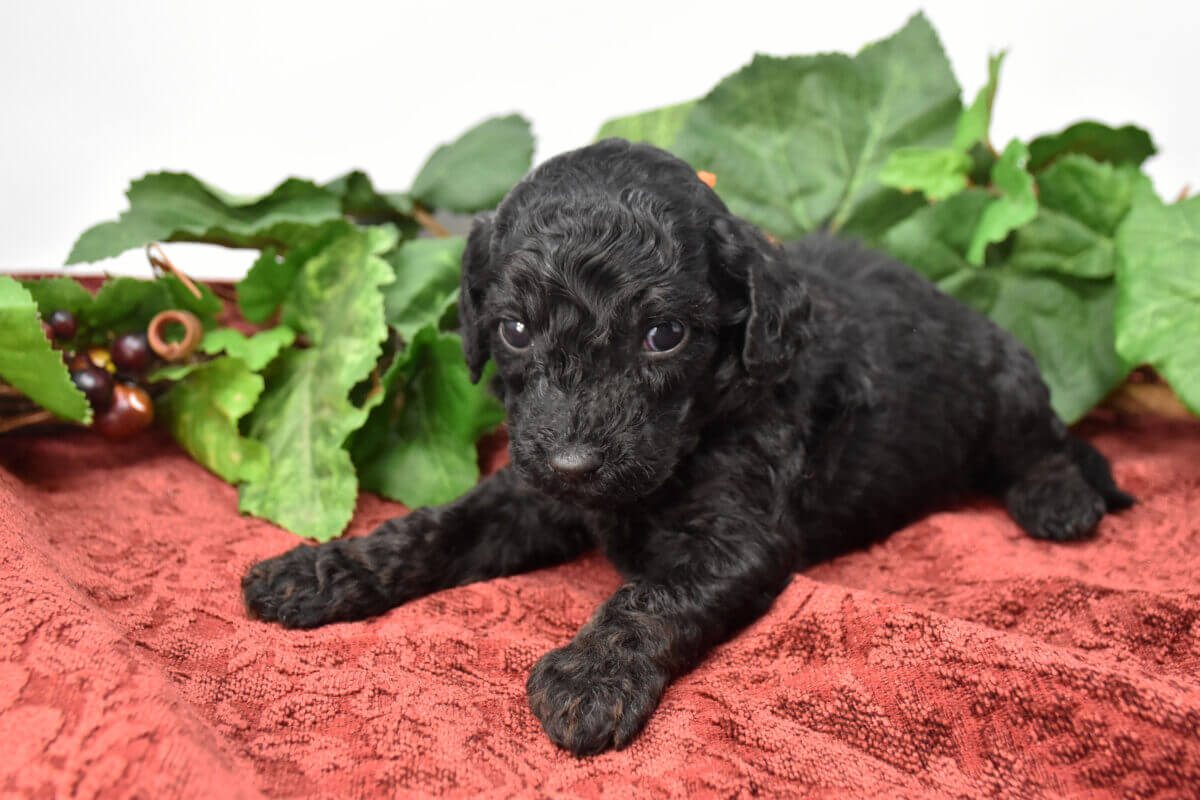 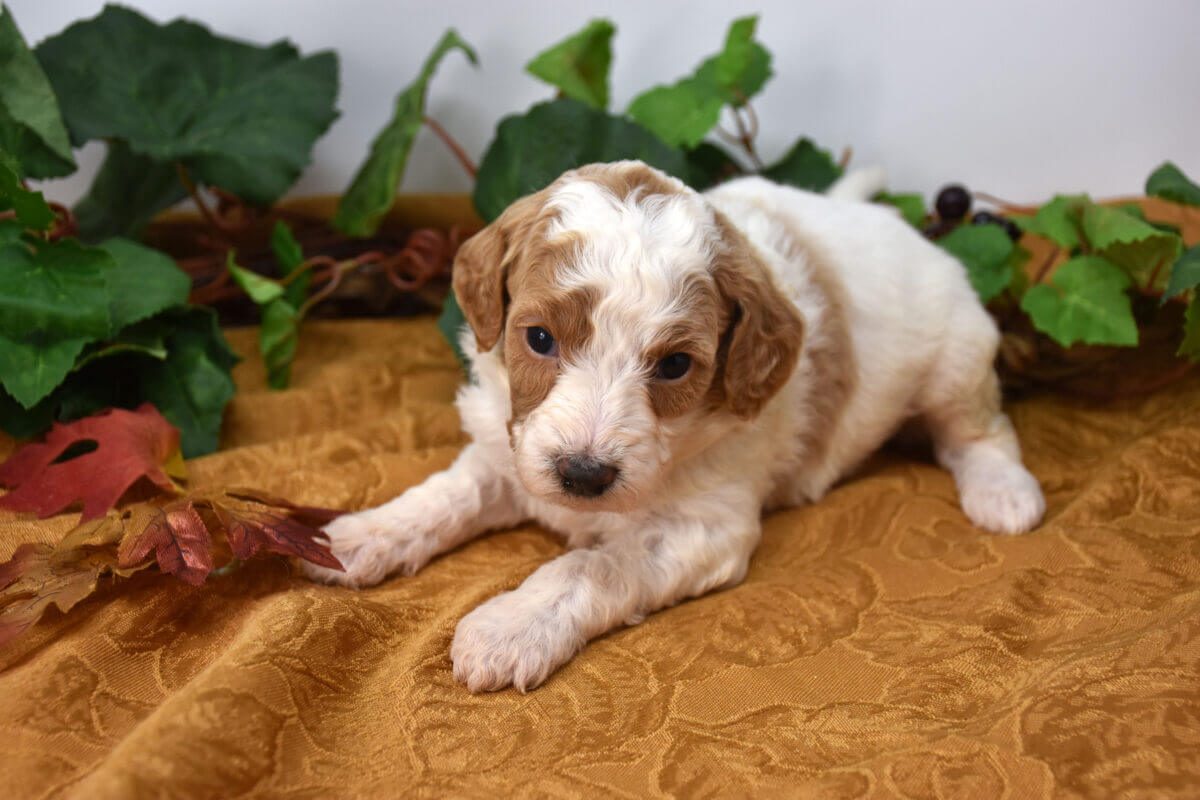 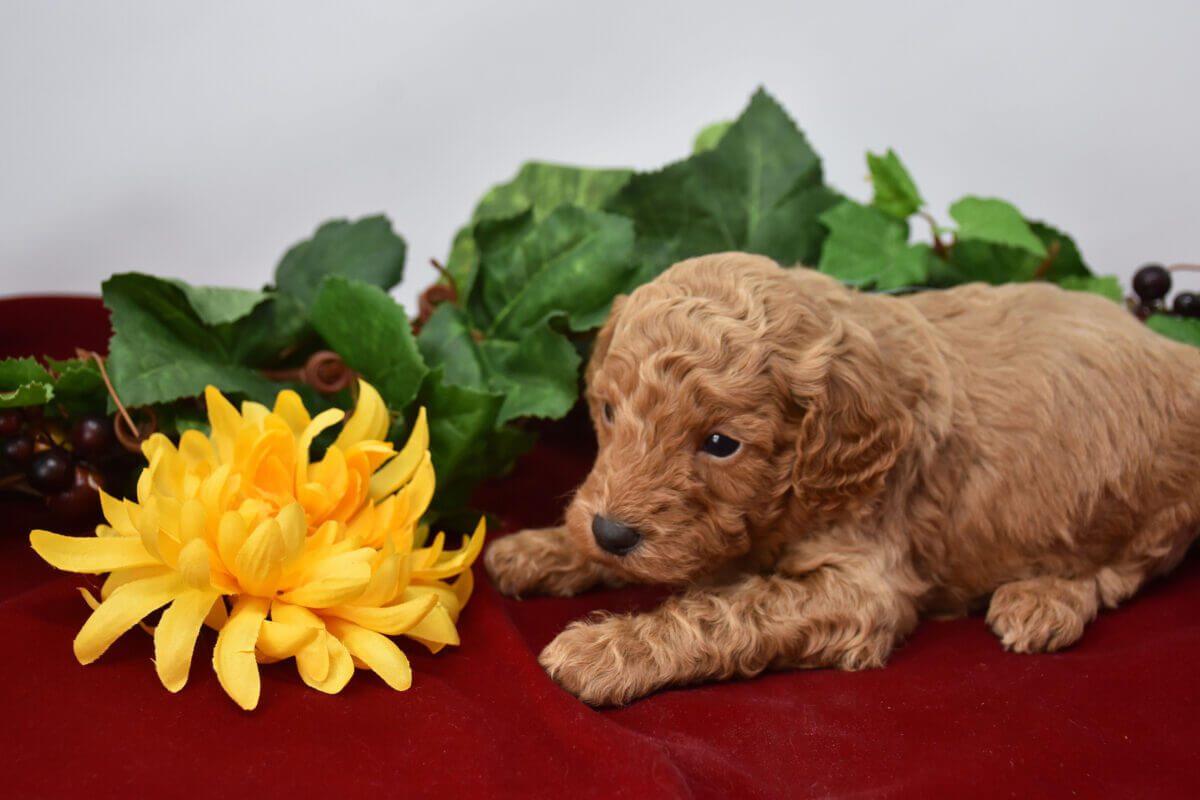 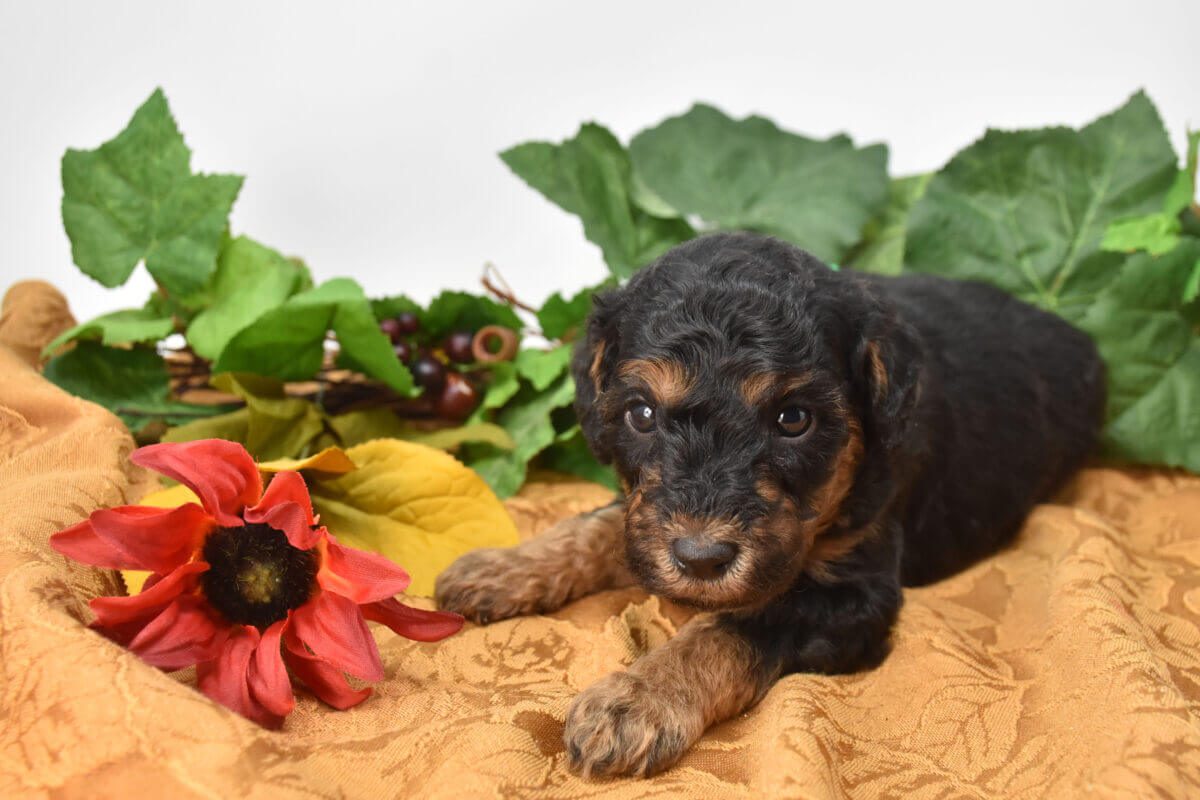 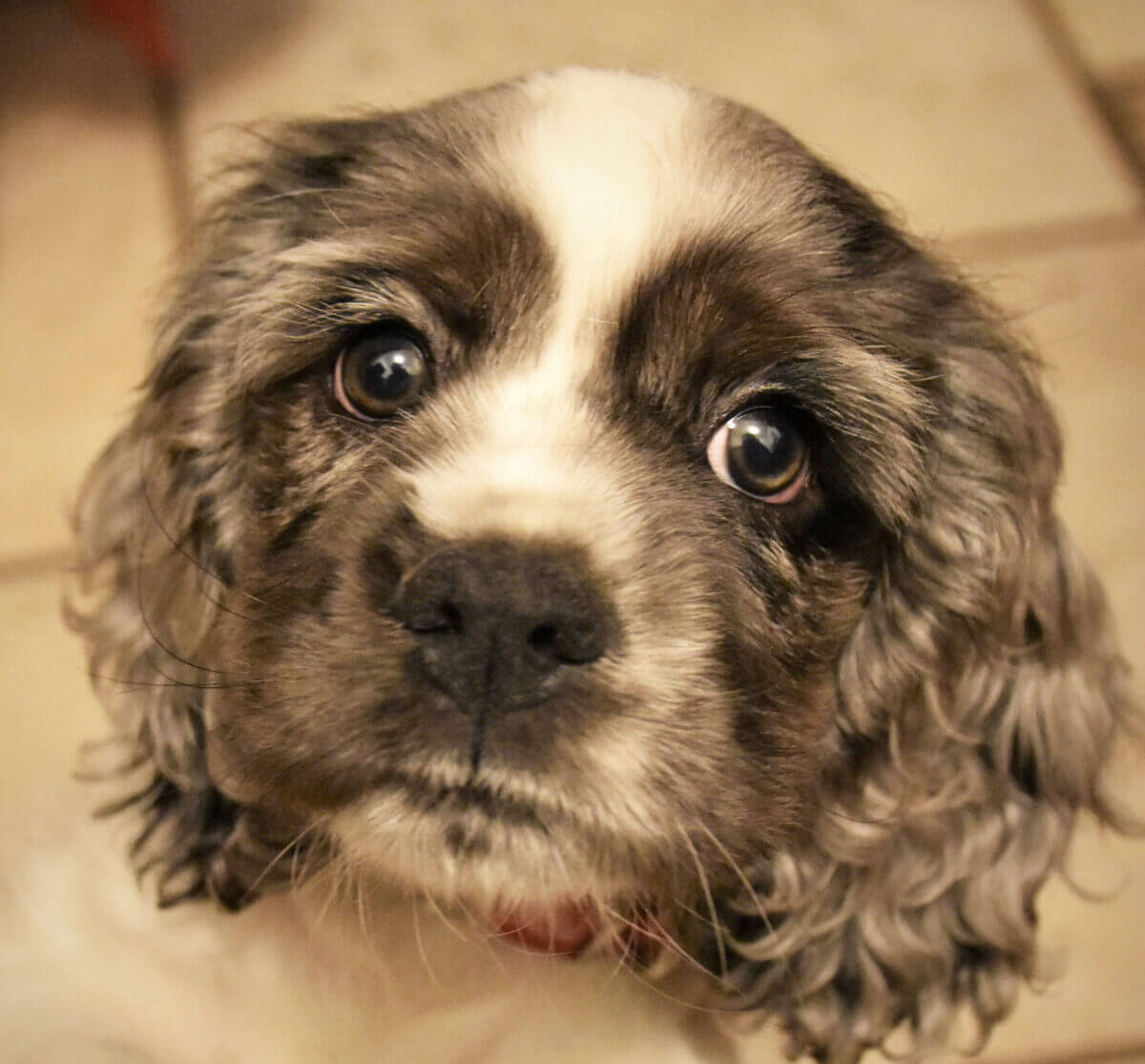 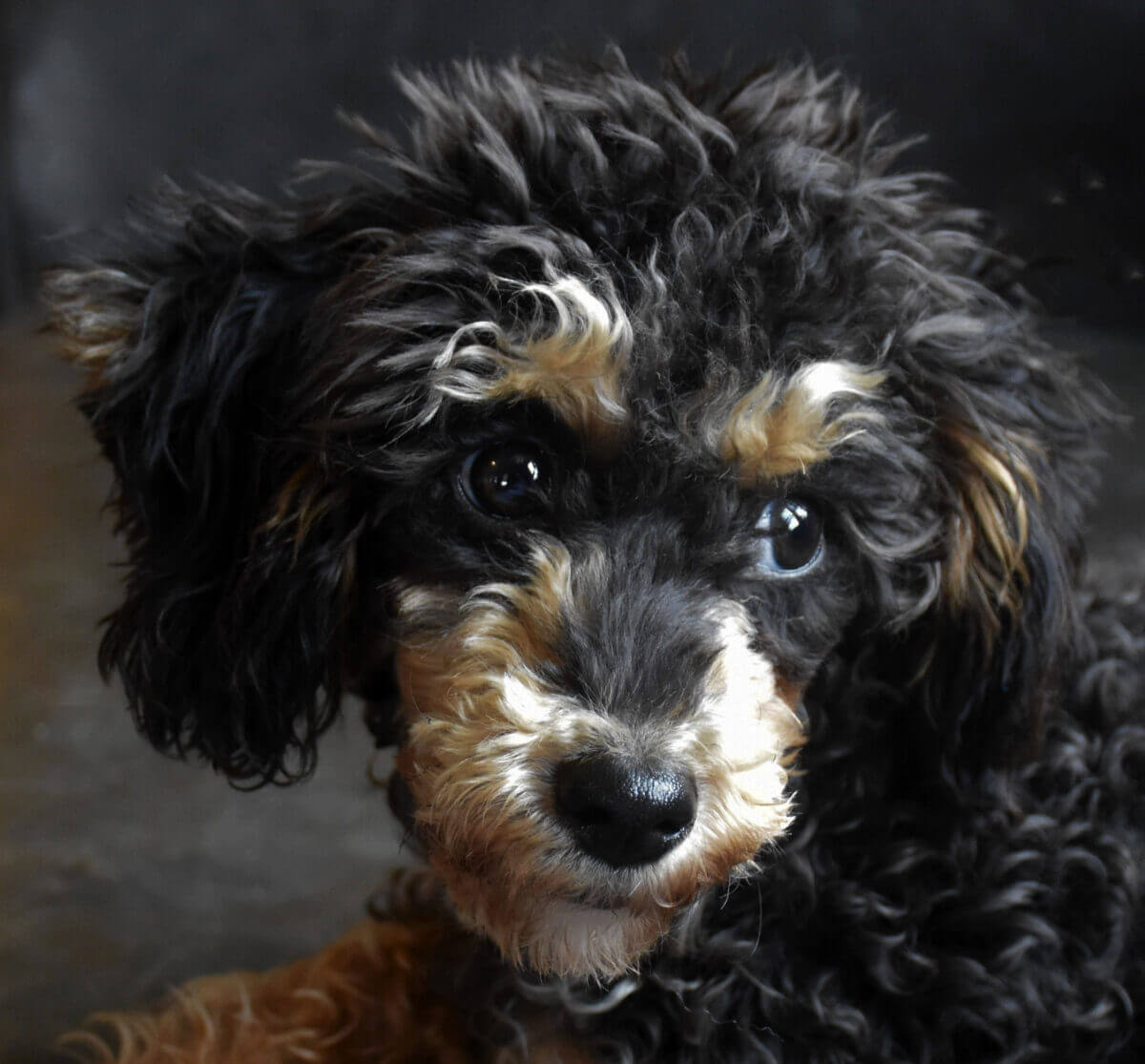 It is so wonderful to wake up the morning  after a puppy birth and take a peek at eight beautiful puppies.  Ruby did a great job of delivering her babies.  With first-time mothers, we never know what to expect.  Ruby did have one unique requirement: she insisted on giving birth in our bedroom closet rather than in the whelping box.  We let her have her way. We placed an electric heating pad in the bottom of the closet, followed by a couple of fleece blankets and towels so that she could have a comfortable nest for her puppies.

The first puppy slipped out without Ruby making a squeak.  Her instincts kicked in, and she pierced the amniotic sac with her teeth and went on to sever the umbilical cord.  She was an instant expert.

It did not take long before Ruby was pushing again, but this puppy was stuck in the birth canal.  Freeing a puppy can be a daunting process. It requires a gentle, but firm approach. I was able to slowly turn and pull the puppy, still in the sac, and he finally escaped the birth canal and arrived safely on the blankets.

By 4 am, Ruby had given birth to eight beautiful puppies: five boys and three girls.  It was dark and peaceful in the middle of the night. The puppies had all found their way to Ruby’s teats, and Ruby visibly relaxed, as if taking a deep breath after a marathon.

Coat: Soft and rich coats with a slight wave.  Well suited for people with mild to moderate allergies. 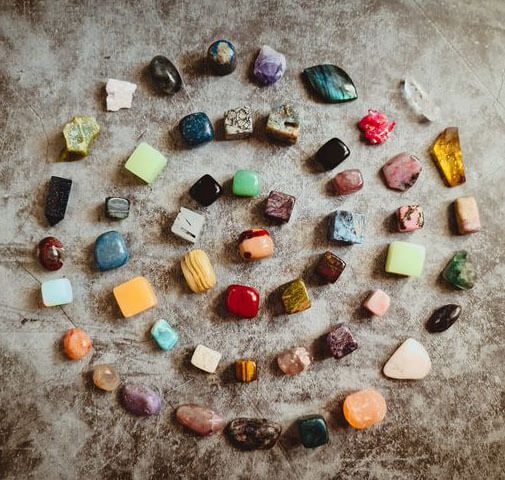 We always choose a unique theme for each litter, one that relates to our lives in some way. Recently, I was trying to organize my art studio, which is located in a small summer kitchen on our farm. It is full of art supplies, including countless beads and semi-precious stones used to make jewelry. “There is the theme,” I thought. “Ruby is a gem, and of course her puppies are too.”

This is an exceptionally beautiful litter with markings in many colors, all set on a white background.  They really are gems: precious and sweet.  Each one is a treasure. 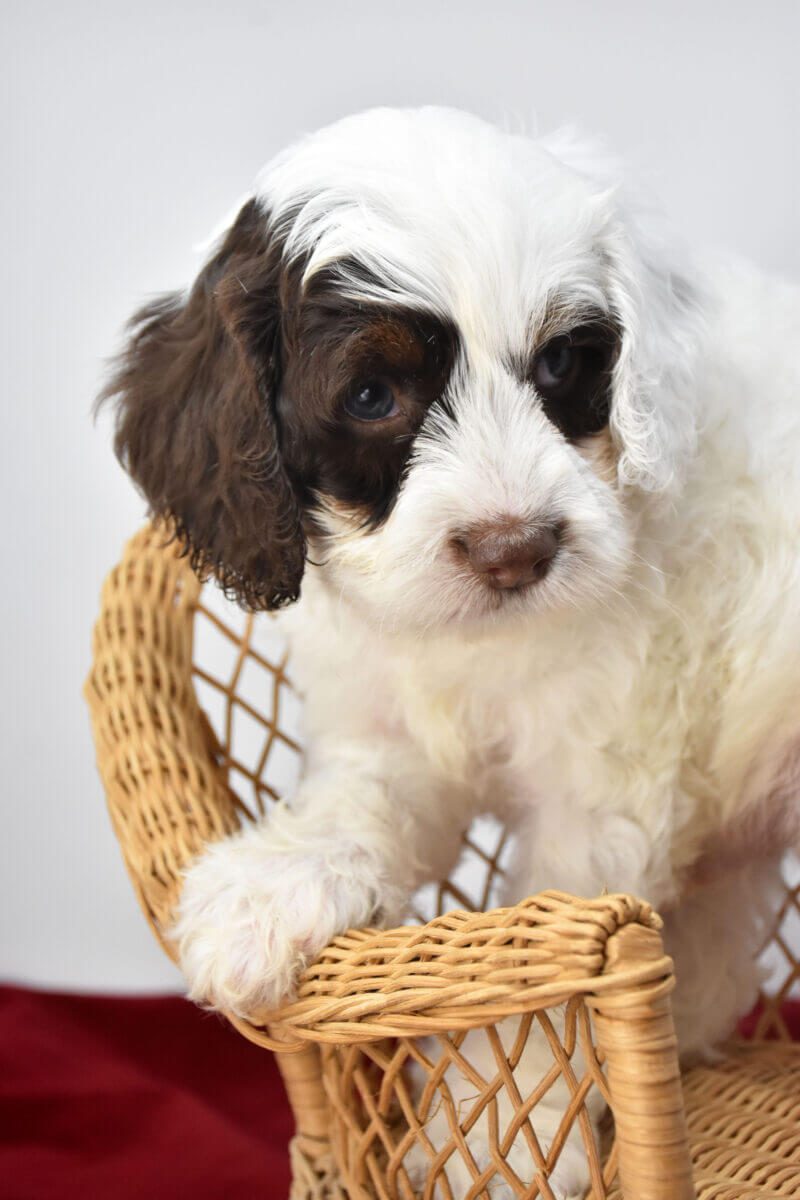 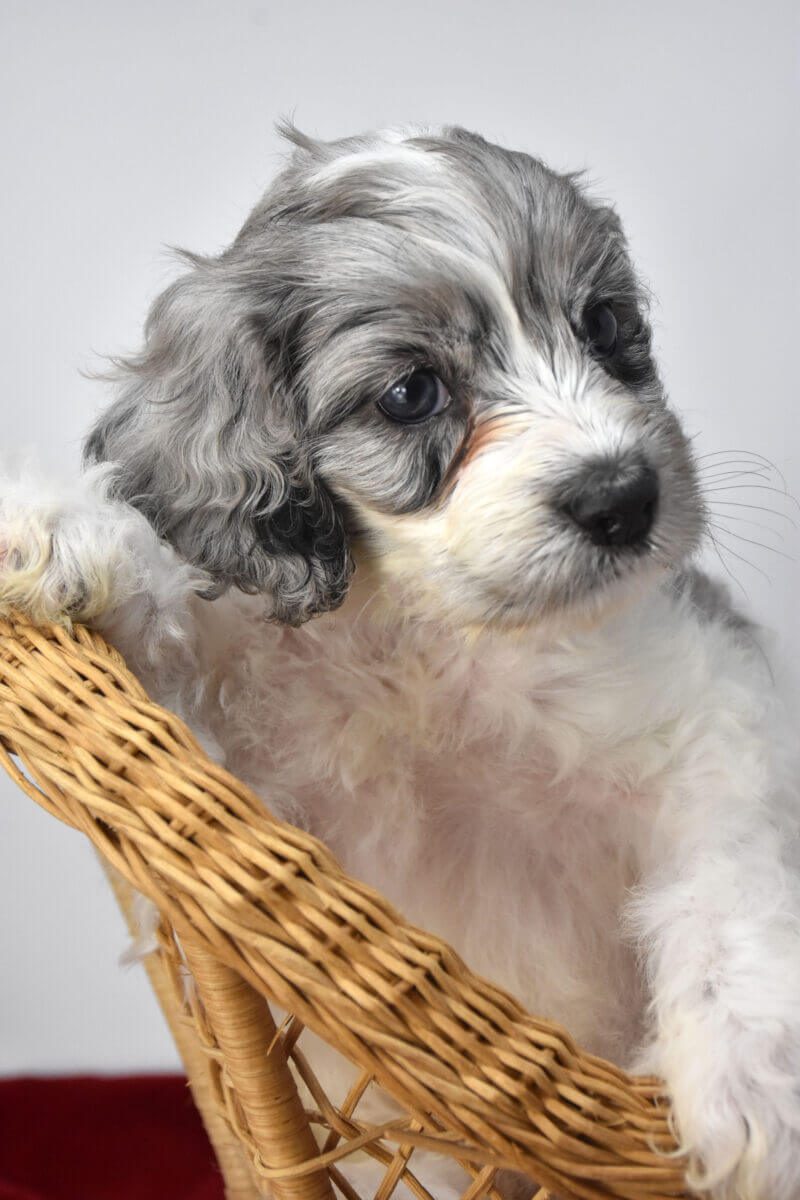 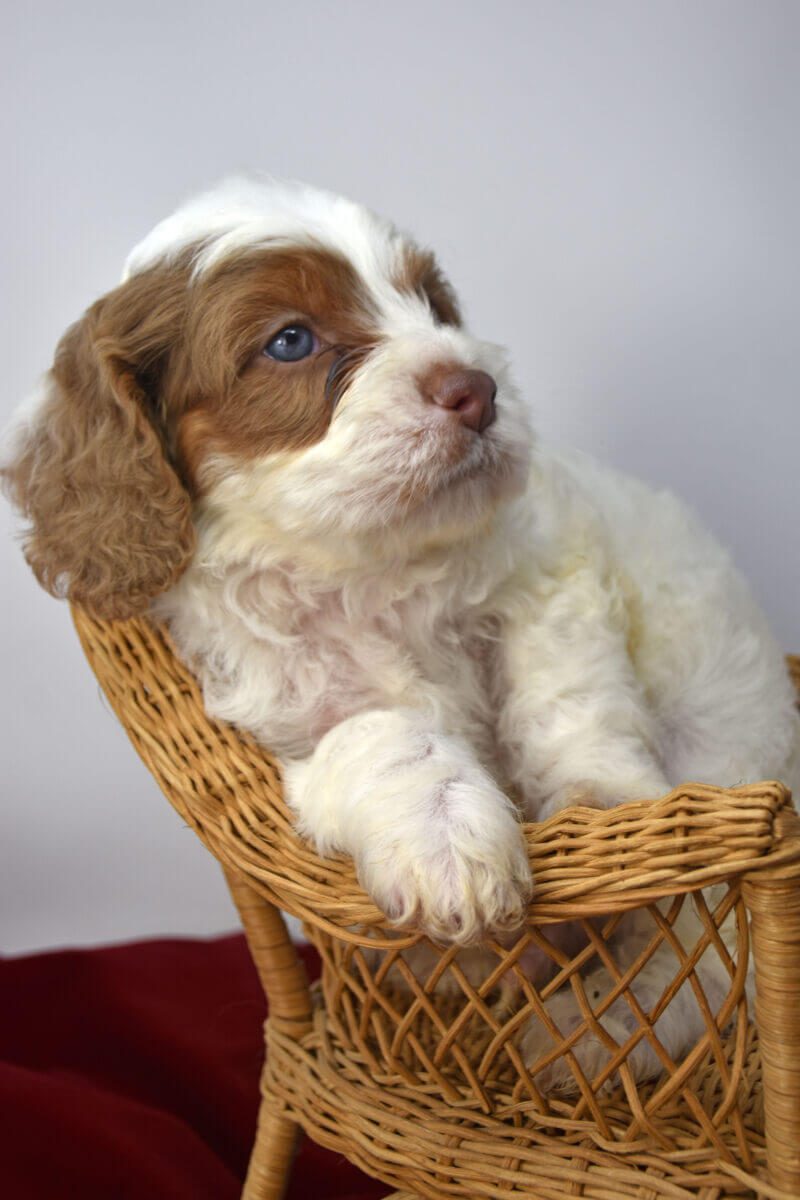 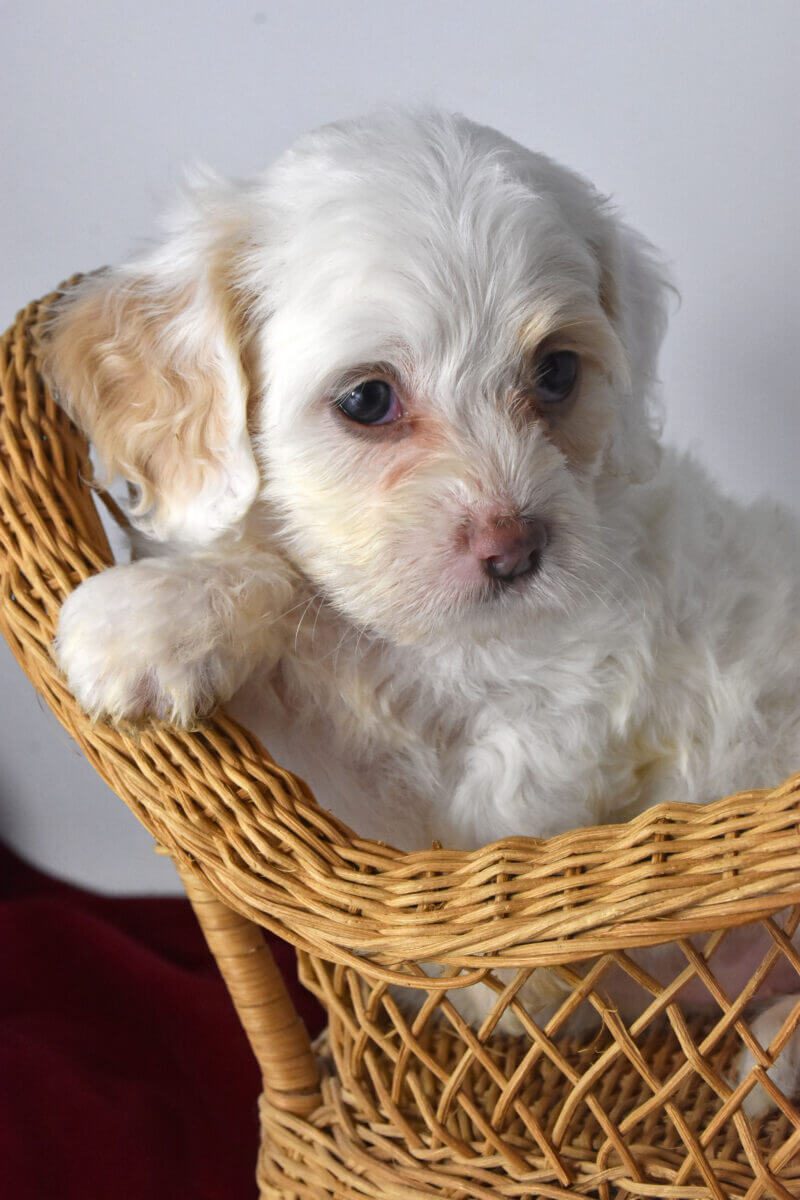 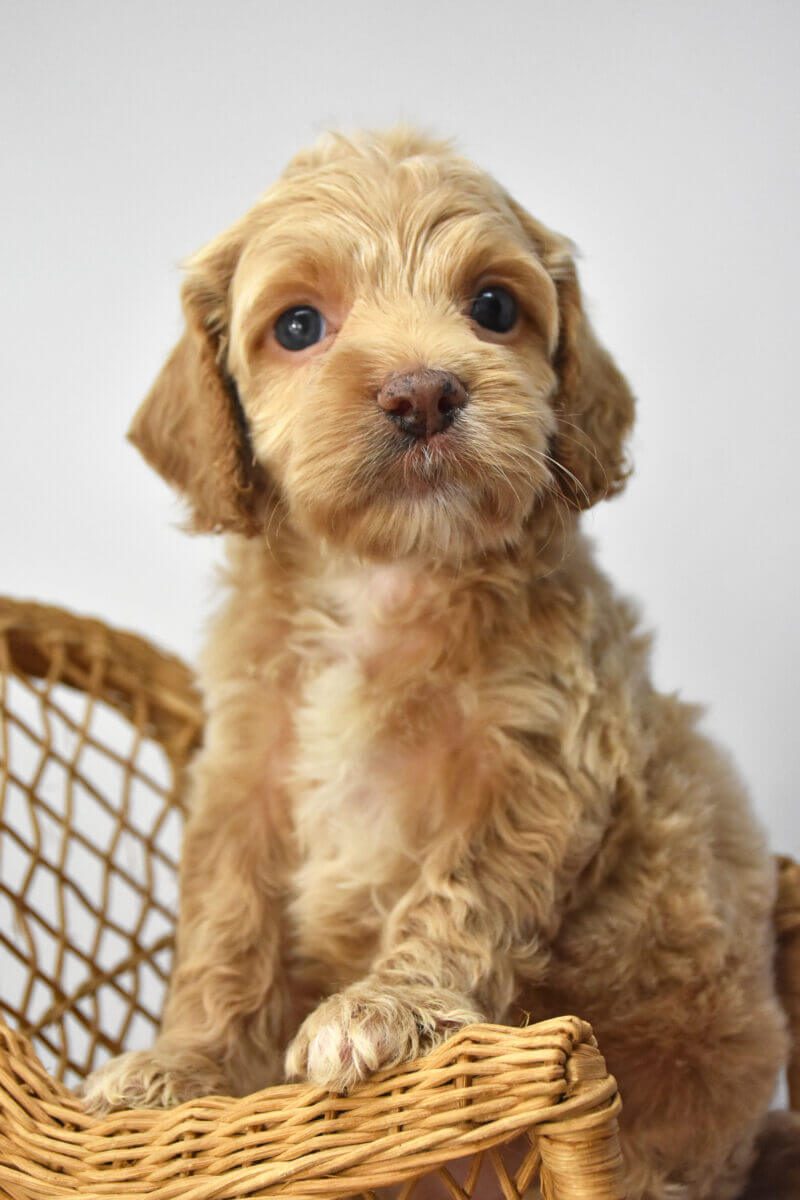 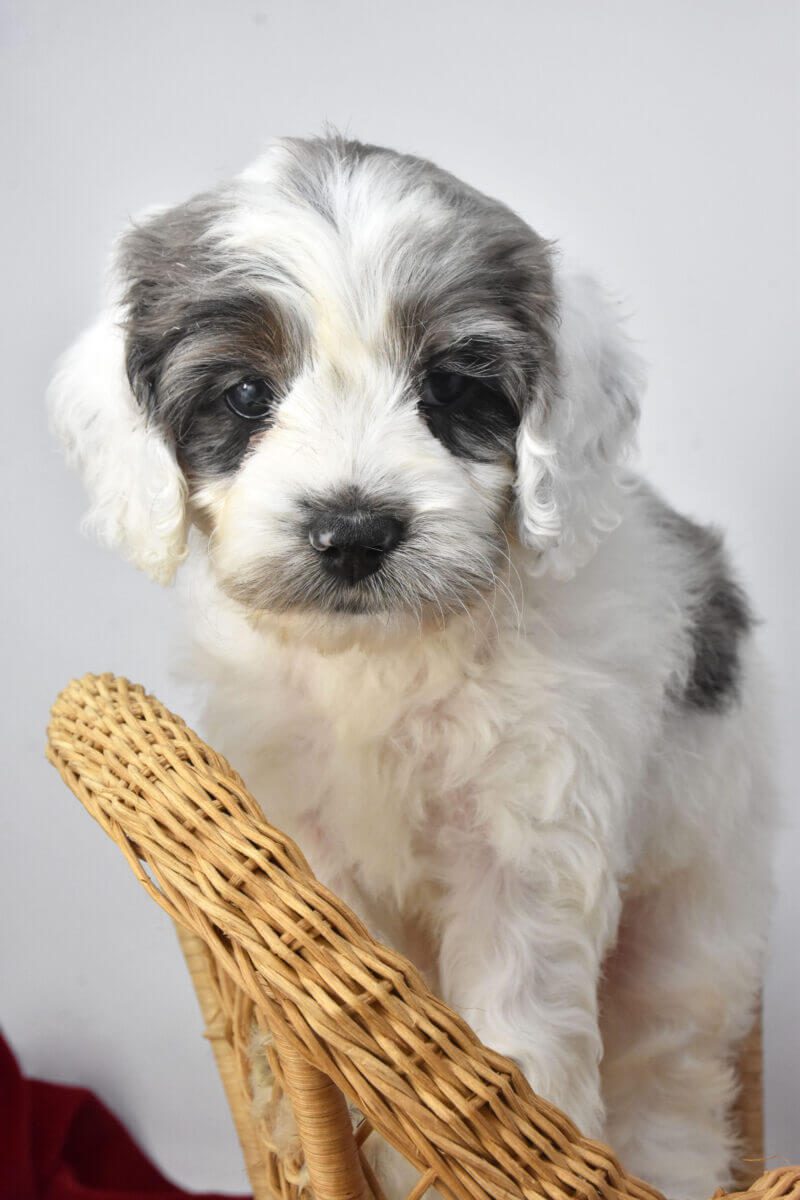 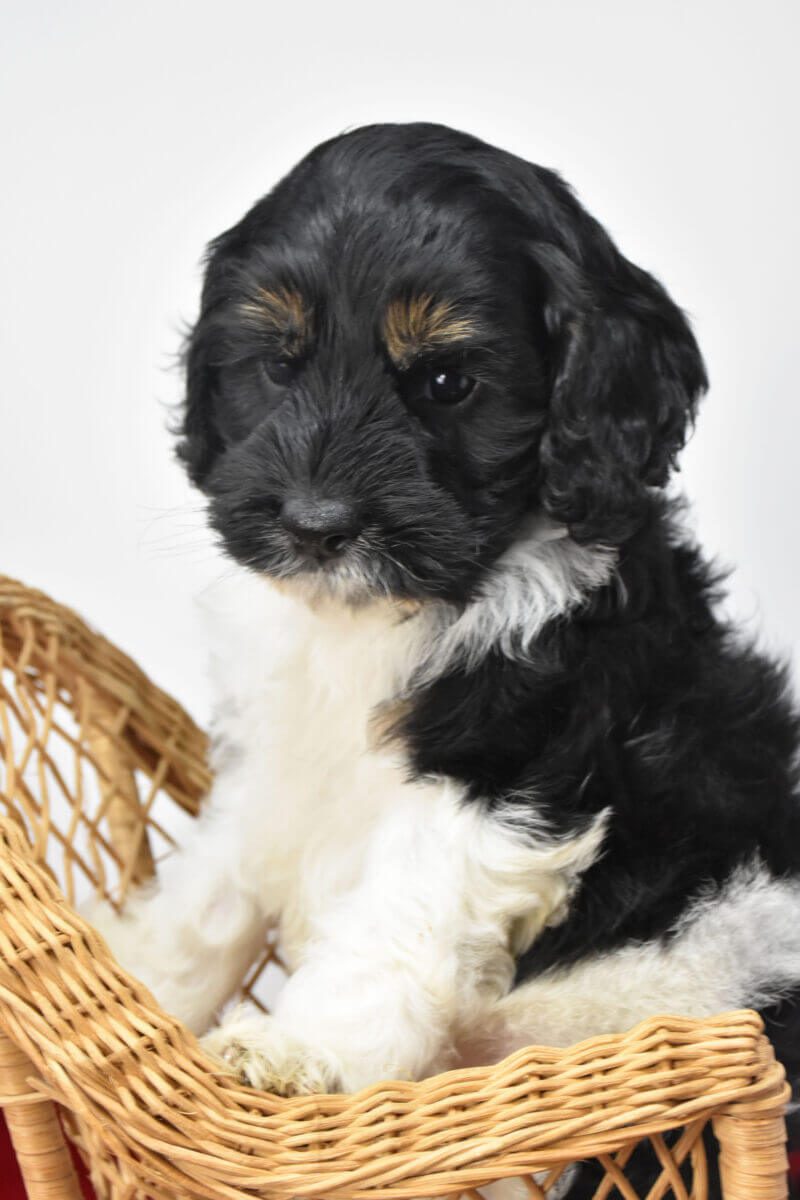 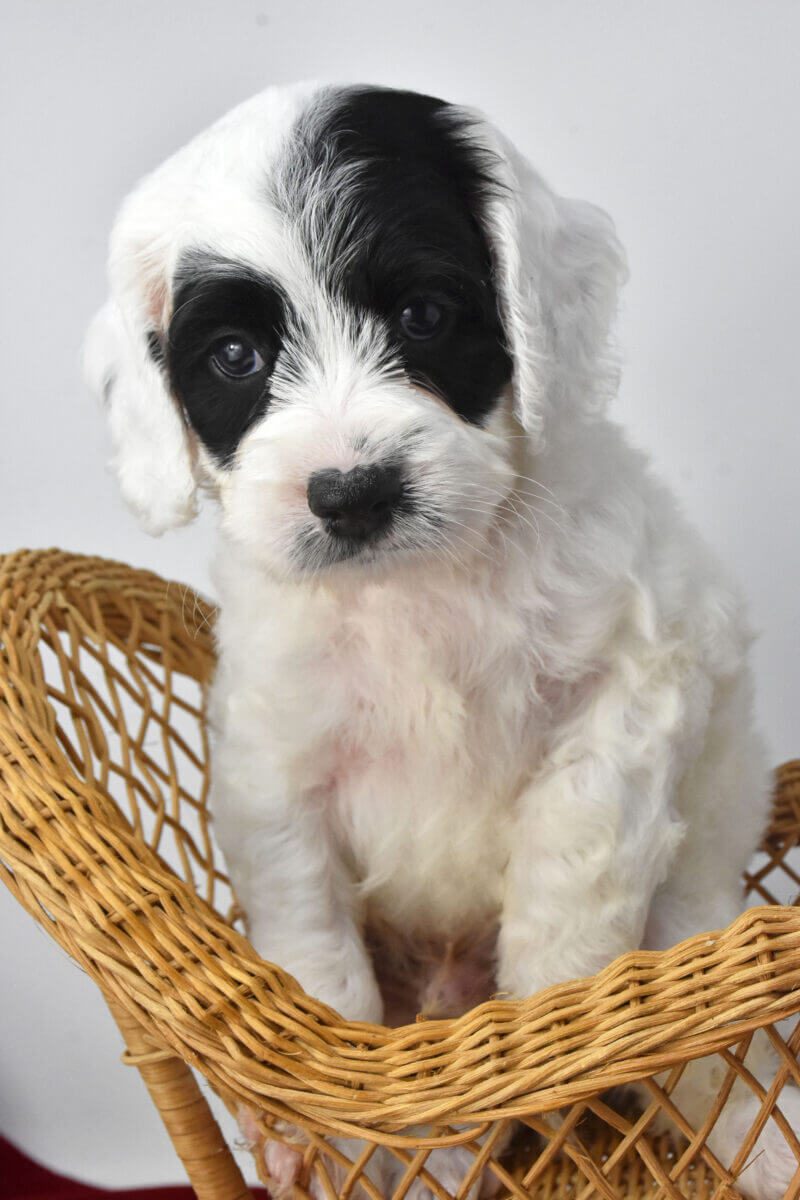 Mette was amazing to work with. She responded immediately when we inquired about our boy Zimmer, answered any and all questions we had. Her description of him was spot on, and you can tell she takes amazing care of these puppies before getting to their forever homes. She continues to post and stay in contact with us and Zimmer’s littermates’ owners. It’s so joyful for us to hear about Zimmer’s siblings, a caring touch you won’t get anywhere else besides Bluff County Bernedoodles. We are so thankful to her for allowing us to bring Zimmer into our family. He’s a healthy, loving, smart puppy.

You can’t go wrong getting a puppy from BCB! A small family operation with the puppies born and raised in their home knowing nothing but love from day one! We loved our entire experience, such great people. Our cockapoo Huck is now 9 months old, the sweetest boy ever and very healthy. We made the best decision ever to get our pup from Bluff Country!

Bluff Country Bernedoodles are fantastic at what they do! From the very first interaction, I was impressed and our entire experience was everything we expected and more. They worked with me when a late winter storm necessitated a change in pick-up plans and helped to ensure the transition to our home was easy for everyone involved. We are all in love with our sweet puppy, and highly recommend Bluff Country Bernedoodles to anyone looking to add a furry family member!

I highly recommend Bluff Country Bernedoodles! From the moment I found them when I was looking for a miniature Poodle, Mette has been completely nice and helpful and has answered all my many questions very promptly. She loves her dogs, is incredibly knowledgable, and raises the pups in her home with complete care and love. I just got my puppy, and he is without a doubt the cutest and sweetest puppy I’ve ever met!  It was the best decision I could have made.